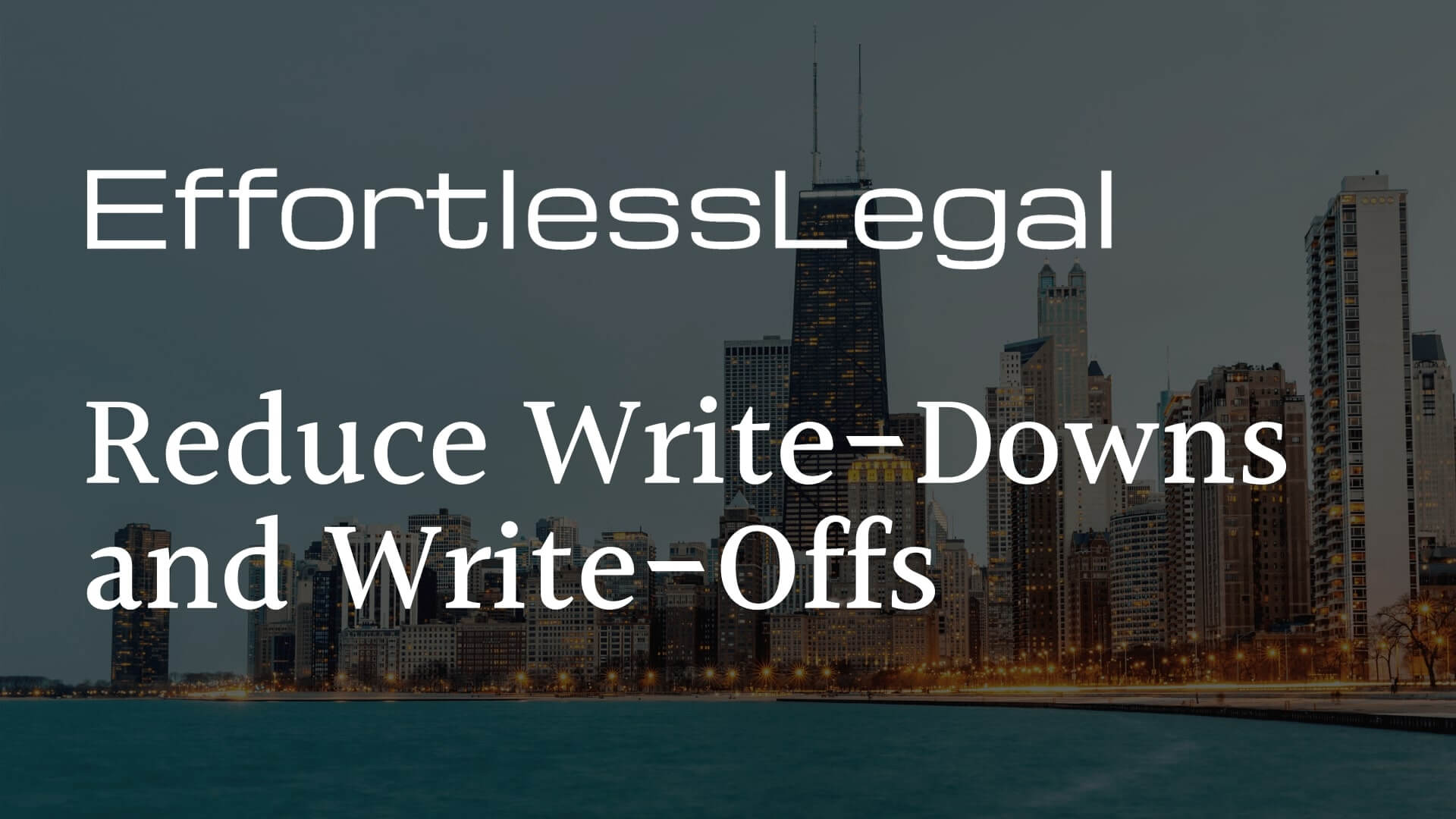 No industry has been untouched by the reach of Artificial Intelligence (AI) and automation. It can be difficult for these technologies to truly disrupt fields as entrenched in human involvement and thought as the legal space.

However, especially with respect to monotonous and repetitive tasks, law firms still need to come to terms with the ongoing paradigm shift.

In fact, according to a recent survey, as many as 80% of law firms reported a marked number of rejected invoices from clients who felt their billing requirements had not been adequately met.

Moreover, advancing technology has made it easier for clients to critically examine their invoices. Old practices like block billing are not difficult to find, and excessive fees could land a lawyer in ethical hot water.

In a challenging and competitive rate environment, improving efficiency – especially as to realization and collection rates – is ultimately more profitable that increasing rates.  Firms that don’t get with the times will find it difficult to see continued profitability and success.

Legal bill padding has unfortunately reached the point of parody. While certainly not a universal practice, there are more than a few well-known horror stories lending credence to the stereotype.

There is the especially egregious instance of an attorney who claimed to bill around 5,941 hours a year. There are only 8760 hours in a year. This would require the attorney to work 16 hours a day, every day of the year.

While this claim is wildly unrealistic already, when coupled with the fact that attorneys can usually only bill for around 70% of the time they spend working, it becomes effectively impossible.

Examples like this are for the most part extreme. Particularly at the corporate or institutional level, clients are highly unlikely to stand for such obviously inflated billing practices.

Nevertheless, clients large and small are often acutely aware of – if not watchful for — the potential for stereotypical greedy lawyers to try to take advantage of their legal needs.

In a market as saturated as the legal field, it’s not surprising that hourly rates are trending more client-dictated. This is especially true given the fact that clients have become more frugal since the financial crisis of 2008.  The recent COVID-19 pandemic has highlighted and exacerbated this pre-existing trend.

Besides, it isn’t shocking that clients are unwilling to pay unreasonable fees – especially when it has become so much easier to notice them.

The Uniform Task-Based Management System (UTBMS) and the Legal Electronic Data Exchange Standard (LEDES) were instrumental in bringing more transparency to billing over 20 years ago. They were designed to bring a heightened level of standardization to billing. If invoices look generally the same from firm to firm they become easier to compare. This is of comparison makes it much more obvious when discrepancies arise.

For brevity, UTBMS uses a coding system to organize legal tasks and expenses, while LEDES organizes the selected codes into easily reviewable invoices for clients. Moreover, LEDES functions using online billing, which has the benefit of getting to clients much faster. Theoretically, the faster your client gets their bill, the faster they can pay it.

These standardized codes make it easy for applications equipped with pattern recognition software to automatically compare legal bills instead of requiring a person to spend hours poring over them.

This is especially helpful for corporate and institutional clients who have regularly started imposing specific “outside counsel guidelines” to further ensure they are getting the most out of their money. These guidelines are pre-agreed upon limitations (often in terms of billing practices) that can be later used as grounds for invoice rejection of fee reduction if they are breached.

Delays like invoice rejections can bring revenue to a grinding halt. Worse than that, it requires even more time to redo the invoice, delaying payment even further. This additional time spent redoing a non-compliant bill is more time that could have gone towards billable tasks that actually earn the firm money.

The efforts to increase efficiency are not coming solely from clients. The courts have made it clear that they will hold firms to reasonable billing standards and will not hesitate to correct them if they step out of line. The “lodestar” method and other tactics are regularly employed to curtail attorneys’ efforts to overcharge their clients.

It’s not just obvious unreasonable billing that the courts have cracked down on. Lawyers have seen fee reductions for not making use of available technology that would have significantly reduced the hours needed to bill their clients. The clearest example of this comes in the form of modern legal research software. These applications can find, in a matter of seconds, the same or better relevant case law that it would take hours for a human attorney to find. Ignoring such technology is clearly unreasonable.

A reputable law firm partner accurately described the current state of things in saying, “What we are seeing from the bench, at least, is that the courts are mindful of the use of [automation] technology and are grappling with what it means for the litigation process.”

The problem arises in the implementation of these coding and formatting systems. Manually selecting each code for each task or expense can be a time-consuming nightmare. Add to that the fact that these selections are prone to human error and the situation becomes even more muddied.

Thankfully, technology has caught up with this particular problem. Before, a timekeeper would have to use clunky drop-down boxes for every selection. Now, new legal tech can provide a more automated approach.

The beauty of this new software utilizing UTMBS standards is that they often come as a part of larger automated billing applications. These systems will automate your billing while automatically assigning the corresponding UTMBS codes to the logged task or expense.

In addition to being easier and exponentially faster, this automation effectively eliminates the possibility of human coding errors – producing the accurate LEDES invoices that the UTMBS system was designed for.

Moreover, this standardization of a firm’s billing data will allow for deeper and easier analysis. From this analysis, data-driven decisions can be made that will help navigate the firm towards greater profitability.

Most of these programs interface effortlessly with existing practice management platforms like Clio and Rocket Matter.

The insights all but immediately provided by these legal automation apps would have taken entire teams hours to complete in the past.

Considering that this isn’t even the primary function of the software, but an extremely useful bonus, and it’s difficult not to see the value in automating both normal billing practices as well as the implementation of UTBMS codes for LEDES invoices.

The age of nebulous billing and sly padding here and there is gone. Transparency is the order of the day and firms that fail to meet the current standards set by clients and courts will not be able to compete.

Furthermore, the data produced by its use provides even more insight into effective firm management practices.