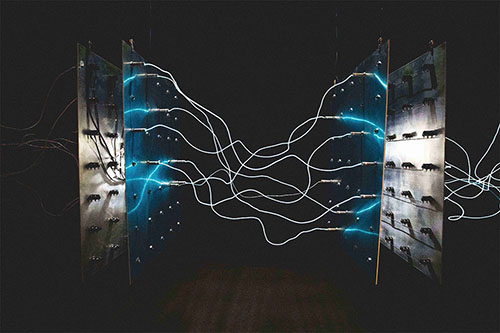 Electronic billing formats were intended to meet the needs of the 5 basic principles of the legal industry:

4. Only ask for information law firms are typically able to provide from their financial system; and

There are many versions of these e-billing formats, and there is no single used consistently across all companies. This unpredictable variety costs law firms significant amounts of money each month in adapting their billing practice from client to client.

Knowing and understanding the difference between each format has become vital for running a law firm that represents institutional clients.  Investigating the current legal software options available is key to saving the hassle and expense of complying with the various formats.

A Brief History – LEDES and UTBMS

Online and paperless billing in particular formats has become entrenched in the legal industry since at least 1998.

In particular, the LEDES (Legal Electronic Data Exchange Standard) formats are the most widely accepted. Dating back to 1995, the LOC (Legal Electronic Data Exchange Standard Oversight Committee) was formed as a way of creating and maintaining open standard formats for the “electronic exchange of billing and other information between corporations and law firm.”

The LOC was a subcommittee of the Uniform Task-Based Management System (UTBMS), an organization created with the task of providing clients and law firms with “meaningful cost information on legal services.”

Both the UTBMS and the LOC are voluntary, not-for-profit organizations comprised of individuals in the legal industry.

PricewaterhouseCoopers created the first style of LEDES online billing procedure referred to as LEDES 1998. This style is no longer available as it was quickly replaced by LEDES 1998B. Although the LEDES 1998B format has been the most popular format in the United States, it is not become the standard worldwide.

In 2004, a UK-based legal group, LITIG (Legal IT Innovators Group), proposed a legal billing standard for the United Kingdom. This was similar to LEDES 1998B but contained additional fields necessary for global billing.

Another standardized legal billing form is LEDES 2000. This format contains 125 sub categories across 7 main data elements. In 2006, this standard was officially recognized by the LOC.

In addition, the LEDES formats are often more than just the way in which electronic invoices are created and submitted. The LOC also adopted a form standard to support law firms in budgeting and budget submissions.

In 2006, the first LEDES XML budgeting format was recognized. This format includes 88 data lines within 6 segments. In 2007 a timekeeping attribute format was ratified by the LOC. This contains 44 data points within 5 segments.

Since 2006, the LOC has approved updates to the LEDES 200 format.  The first of these was the LEDES XML 2.0 format. This new format reformed how values are calculated on an invoice and allows itemizing complex taxes, alternate fee arrangements, credits and debits, and also supports multiple vendor tax ID numbers.

With the spread of online billing and the increased popularity and availability of the internet, LEDES XML 2.0 was updated into the 2.1 version. These revisions have been integrated to be a part of the general LEDES 2000 format. These revisions are small, yet significant.

Using an outdated format is virtually certain to result in rejected invoices.

With the several different LEDES invoice formats for online billing, different clients often require different formats. If a new client happens to use a different LEDES style than a firm currently uses, the firm must convert each invoice to the new format required by the client.

If a law firm’s current billing system does not currently offer the new format, the law firm is forced to spend hours changing the layout of each computer-generated invoice.

Assuming that a highly-trained billing assistant at an hourly cost of $27/hour can spend at least 3 hours per LEDES format conversion, each time a firm submits an invoice in the new format, the firm must spend a minimum of $81 per invoice each month.

In addition, not having a plan in place when a new LEDES format is suddenly required can be detrimental to office productivity and will eat into profits. Moreover, a firm not recognizing the different LEDES formats that might be called for by a client can certainly give the firm an outdated and unsophisticated appearance.

Utilizing automation software that can convert LEDES from one style to another will save a firm time and money, and help ensure that the firm remains both versatile and capable.

Fortunately, software now exists to help these firms convert their LEDES invoices from one standard format to another. For example, the app LEDESConvert easily transforms a LEDES 1998B Invoice into a LEDES 2000 format.

LEDESConvert easily integrates with Clio, Rocket Matter, and other billing applications for quicker invoice generations.  The software is completely cloud-based, keeping the data “free flowing” and accessible wherever an employee might be.

Learn more at EffortlessLegal.com, and come by our booth in StartUp Alley for a free demo.