Crowdfunding for Lawyers: Opportunities and Challenges to Address the Cost of Legal Services 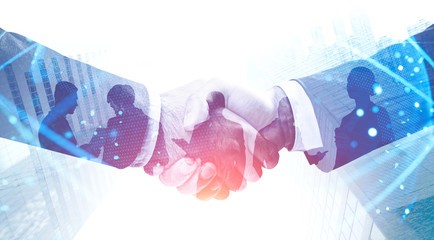 Crowdfunding has become an established and viable fundraising tool for the better part of the last ten years.

Initially, entrepreneurs found great success funding business ventures and projects for which they otherwise wouldn’t have had the capital.

Later, people facing financial hardships or sudden emergencies utilized the method to elicit donations from an audience outside of their own personal networks.

Yet, crowdfunding has yet to be fully realized as a fundraising tool in the legal field. There are instances here and there, such as Roger Stone and Stormy Daniels crowdfunding their legal matters. But thus far, crowdfunding in the legal space has yet to achieve wide adoption.  This is not particularly surprising, as crowdfunding brings ethical concerns for lawyers that other industries don’t need to worry about.

All the same, with legal representation being cost prohibitive for large part of the population, creative financing options for legal fees are welcome. Additionally, the legal field has the benefit of hindsight and can actively seek to avoid some of the missteps of its tech world crowdfunding predecessors.

If there is a hurdle to the proliferation of crowdfunding as a means of litigation finance, it’s the ethical concerns the prospect raises.

For example, it is improper for lawyers to share lawyer’s fees with non-lawyers. This in and of itself greatly diminishes the effectiveness — if not rules out entirely — a major form of crowdfunding. To ensure there is no confusion on the matter, lawyers using crowdfunding would need to consider issuing clear disclaimers that would otherwise be unnecessary.

Another important issue is confidentiality.  Most crowdfunding efforts share a very simple model: the more eyes you can get on a campaign, the more funds you can potentially raise. But lawyers are prohibited from doing so without the express, informed consent of their clients.

Unfortunately, not everyone is comfortable blasting their legal troubles across the internet for strangers and potentially their opponents to see.  In instances where a client does want to retain their privacy, the removal of social media as a promotional tool can effectively hobble a crowdfunding campaign.  62 percent of adults get their news from social media, according to research from the Pew Research Center. That’s a lot of eye’s to miss out on.

Outside of shamelessness, perhaps combined with prior public recognition of the legal matter, the crowdfunding medium has previously had difficulty satisfactorily addressing this shortcoming.

In addition, crowdfunding platforms often have minimums that must be reached before the funds are released to the funder. However, they rarely have high-end caps. This leads to the next ethical concern: the reasonableness of the total fees generated by the crowdfunding effort.

According to the American Bar Association’s Model Rules of Professional Conduct, lawyers are only allowed to charge a reasonable fee for their services.  The potential exists for a crowdfunding campaign to raise funds beyond what is considered reasonable. In such a situation, few if any crowdfunding platforms are designed to keep some of the money and equitably return any overage. This is an issue attorneys would need to prepare for if they want to stay on the right side of ethical guidelines.

Lastly, third-party litigation financing has been questioned by some as potentially ethically dubious. However, the same rules that apply to any other type of third-party financing would often apply equally to many types of crowdfunding efforts.  The benefit to the client must outweigh the benefit to the funders.

Although it will require a concerted effort to keep a sure ethical footing, many states have started issuing ethics opinions on how to lawyers can product use crowdfunding tools.

If there’s a “secret” to the success of crowdfunding, it’s telling the right story. It doesn’t necessarily need to be a good story; it just needs to inspire action. The internet has made mobilization easier than ever. The stronger the chord a crowdfunding venture strikes, the more successful it’s likely to be.

Because the outcomes of legal matters can have far-reaching consequence long after the trial itself, appealing to those who would be seemingly unaffected by said matters is ostensibly easier than it would be for starting a company or launching a new product. Social issues, business regulations, and general public interest are great tools to craft compelling stories. Compelling stories are more likely to get a project funded.

In addition, new applications address the hurdles and challenges of crowdfunding for lawyers.

For example, CrowdJustice charges a percentage of the funds raised to cover its costs, with the remaining 91.5 percent of donations being deposited into trust accounts set up to fund the individual cases.

The app lets the user decide whether to share the campaign publicly or limit access to only invited people.

For frequent funders, such as a law firm that serves clients who are often of limited means, GroupFund Legal charges a $29 monthly fee for unlimited campaigns.  The app provides a confidential way for law firms to “make more money while charging clients less,” without splitting fees with non-lawyers.  In addition, the GroupFund Legal app also provides clients with a private way to “divide the cost of an otherwise expensive project” among others who are similarly situated.

As another example, FundRazr has a special page devoted to fund raising for legal fees.  Like CrowdJustice, the FundRazr app charges a percentage of the total funds raised.  The platform also offers support to share and promote the campaign to draw more contributors.

If you need money for a legal matter, crowdfunding is certainly an instrument at your disposal.

Like any other tool, the effectiveness of crowdfunding will be largely depended on its application. All the same, its very existence creates opportunity where there might not have been any before.  If properly conducted, crowdfunding opens up a world of possibilities to those who may not have ever considered legal action otherwise.

This article was first published in Law Technology Today on 8/26/2019.