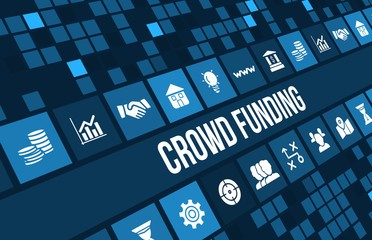 Recent years have seen an explosion in crowdfunding activities, with sites like Kickstarter and GoFundMe being used to raise funds for everything from funeral costs for fallen heroes to potato salad (yes, potato salad).

However, a concept that hasn’t received as much attention is the idea of crowdfunding attorney’s fees.  This isn’t an entirely untapped market — crowdfunding campaigns have been used in the pursuit of social justice, sometimes with great attention and other times to varying degrees of success.

Still, the full potential of these platforms seems to go unrealized. To date, crowdfunding has been largely used as donation platforms. This ignores their potential as cost-splitting tools, which is something corporations may be able to substantially benefit from.

The word corporation is often evocative of juggernauts like General Electric, Disney, IBM, and Amazon. In actuality, most lawyers understand that the vast majority of corporations are not the money printing factories they are often perceived to be.  When corporations run into legal issues, the cost of the legal services is frequently a huge consideration and often roadblock to pursuing various avenues and remedies.

Asking direct competitors for money to support a company’s legal efforts probably seems like a laughable solution.  For this and other reasons, crowdfunding by companies has not been overly prevalent.

However, legal issues and other barriers tend to affect similar businesses in similar ways. The resolution of those common issues, or the removal of those barriers, would be beneficial to all parties.

Furthermore, when crowdfunding attorney’s fees, the money doesn’t just sit in the coffers of one of the sponsoring companies.  Instead, the attorneys who represent all of the participating crowdfunder companies might hold the funds in trust, or simply invoice each of the companies for their share of the common expenses.  Thus, the fund has the dedicated and transparent purpose of paying the attorneys to achieve a common goal.

Entire industries could be transformed by this unprecedented cooperation. For example, legal fights that would normally be considered too costly especially for risk-adverse companies could be taken on at a fraction of the financial commitment.

It is true that companies can and sometimes do pool their resources without making use of crowdfunding platforms. However, such arrangements would still require a trusted third party – such as an attorney or law firm – to hold or collect the funds from the various participants.

Perhaps the biggest benefit that crowdfunding has to offer is its access to parties with whom the original party seeking the funds may not even have a prior relationship.  One company may never know which other company has an interest in the same legal issue, or the same litigation success, for one reason or another. People, organizations, and corporations that might have never even have been considered could benefit from the proposed legal work.  A highly visible campaign can draw discrete support from parties who would otherwise shy away from public exposure.

It should be noted that the more high-profile crowdfunding platforms have terms and conditions that discourage or forbid crowdfunding of legal fees in certain circumstances.  Conversely, platforms like CrowdJustice, GroupFund Legal , and FundRazr were designed with this very purpose in mind.

Crowdfunding is seen as a tool of the underdog. It’s a way to rally support from those you might not otherwise interact with in your everyday life.  This is perhaps another reason that has stymied businesses from taking advantage of all that these platforms have to offer.

Actor Zach Braff, of medical sit-com ‘Scrubs’ fame, discovered this first-hand when he launched a polarizing, but ultimately successful Kickstarter campaign to help fund a personal passion project. The argument against him was that someone with his access and resources shouldn’t be asking fans to fund a movie he would ostensibly turn around and sell back to them.

When it comes to companies, this is a problem that is largely negated by the stated goal of the crowdfunding itself.  For example, a corporation that runs a campaign with the only stated goal of reaching their earning projections is not only likely to fail, but will almost certainly end up harming their image in the process.

On the flip side, Chrysler Dodge ran a successful crowdfunding campaign by framing it as a way of providing cars to those who would otherwise be unable to afford them. They were able to successfully convince customers to buy their cars for strangers.

Why Does It Work?

Crowdfunding relies on two fundamental factors to be successful:

When you pass a homeless person on the street, are you going to take them to the nearest bank and put a down payment on a new home for them?  Probably not. However, you might put a few dollars in their cup and feel like you did something to make the world a little bit brighter than you found it.

Crowdfunding relies on the same principle.

Then there’s the law of averages. When seeking funds, the crowdfunder is undoubtedly going to get more no’s than yes’s, but the more people who are asked, the more yes’s are achieved. Crowdfunding, for all intents and purposes, allows a person or company to ask potentially millions of people on the internet at large. Imagine how many yes’s that can achieve.

At their core, crowdfunding platforms are tools for communication and organization. It is the application of the tool that determines how successful it is.

With a little creativity, businesses can change the way they approach both their acquisition of and payment for legal representation. Moreover, crowdfunding could be just as revolutionary for law firms, allowing them to be more proactive in reducing costs for clients while still getting paid for their work.

The potential is there, all that’s required are enterprising minds to realize it.