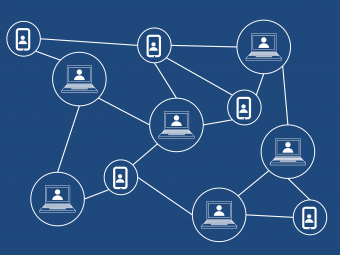 According to the U.S. Securities and Exchange Commission, blockchain distributed ledgers could “ensure that compliance and transparency are hard-wired into the very fabric of the market.”

In the legal sphere, many articles have addressed the ways in which blockchain systems can be used for “smart contracts”, financial transactions like with BitCoin or Facebook’s Libra, or other more complex scenarios.

However, a frequently overlooked use case for blockchain in the legal industry is actually much more commonplace – the ability to use blockchain technology as a means to allow permanent verification of legally significant documents and data.

Using blockchain technology, lawyers can prevent fraud, alteration, or forgery of documents, contracts and other legal instruments, copyrighted materials, photographic or video evidence, and much more.

What is a “Blockchain”?

Currently, electronic copies of documents and other information are generally stored using centralized databases maintained on servers in a single and fixed physical locations.  A distributed ledger, on the other hand, is a database that exists across various nodes (computers) on a peer-to-peer network.

A blockchain is a type of distributed ledger that packs and organizes transactional information, known as datasets, into cryptographic hash-linked blocks within a sequential chain, thus giving the system that name “blockchain.”

Put more simply, a blockchain is a growing list of records that only allows data to get added onto the database. This means the records of information are impossible to alter or delete on a blockchain.

In short, the intended purpose of blockchain is to bring transparency, efficiency, and security to the storage and maintenance of digital transactions.

A recent article in the American Bar Association asserts that blockchain technology is significantly more secure than other data storage methods, because the infrastructure eliminates the need for third parties to process or verify transactions.  In addition, blockchains help protect client information by storing digital “fingerprints” as opposed to actual and full documents.

The technology works by creating an append-only public key, known as a hash sequence. The hashing process uses a sophisticated algorithm to output a unique and fixed length of numbers and letters. No matter the original file size, the hash function will produce a fixed-length code.

A cryptographic hash is:

Every block is verified and connects to the unique hash sequence which details the exact date and time of transaction along with every verification performed to create a continuous blockchain of indisputable information.

Because blockchain technology provides accurate records of transactional history, they are effective solutions for law firms and legal departments to implement into practice.

Blockchain Applications in the Legal Space

Additionally, blockchains confirm complex transactions which require proof of untampered and official title, maintained by a reliant source. Such information is critical to providing a clear concept of ownership and title for registry, custody, and control, and contract matters.

Adoption of the permanent recordation aspect of blockchain technology assists lawyers in at least the following aspects:

The value of blockchain allows lawyers to spend more time on less custodial aspects of the law. For instance, lawyers with cases of property ownership can depend on the technology to quickly verify the chain of custody of a property for a client in a matter of seconds. Without blockchain, determining the provenance of the records would take much longer to compile, and potentially additional legwork to actually shore up reliable evidence of each prior custodian.

As another example, some have opined that litigation could run more smoothly if electronically stored discovery information was maintained using blockchain records. Less time would be needed to authenticate the information. The decentralized nature of the storage method would do away with fears of tampering or withholding the information. And, chain of custody would be easily demonstrable and more difficult to challenge.

Legal technology applications such as these are becoming more widely available for lawyers to use, some of which do not require to set up or create an account in order to have documents and other digital files verified years or even decades into the future.

Thus far, we’ve only scratched the surface of blockchain’s base functionality. With the proper application, it can be used to revolutionize asset and ownership tracking.

IBM and others are already using blockchain to track shipped products, like vegetables or other food products.  But blockchains are not just useful for tracking physical assets.

Blockchains can also be used to release or transfer shares of a company or other records of ownership or other rights, while maintaining an immutable transaction record. This streamlined and easily automatable process is attractive to both lawyers and clients alike, for both its convenience and its transparency.

“We are just at the dawn of the blockchain era,” says Robert Ambrogi, an attorney, and journalist.

The future of legal technology is indeed exciting and worth exploring if technology means better practice management and efficiency. As the buzz for blockchain continues to grow, only time will tell how the technology will transform the business of law.